LUFA | Lab for Urban Forestry in the Anthropocene 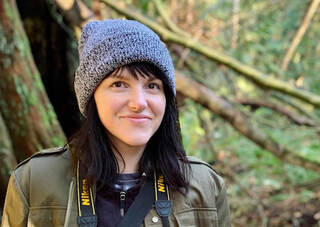 Kaitlyn received her B.A. in Environmental Studies in June 2018 and M.S. in Environmental Science in June 2020, both at DePaul. The focus of her master's thesis was to better understand the role of municipal tree preservation ordinances in protecting trees during the redevelopment of private, residential properties. In her time at DePaul, she served as the President and Co-Founder of DePaul Trees, where she helped to establish DePaul as a recognized Tree Campus by the Arbor Day Foundation. She also served as Senator for Sustainability and the Executive Vice President of Operations in DePaul’s Student Government Association. After graduating from DePaul, Kaitlyn was accepted into The University of British Columbia’s Doctorate of Forestry program, where she is studying urban forest governance and urban green equity. Feel free to connect with her via email (Kaitlynpike@gmail.com) or on LinkedIn. 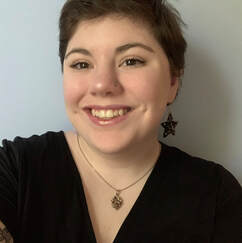 Cecilia (they/them) graduated from DePaul University in June 2020 with a BS in Environmental Science and a minor in Math. They worked on LUFA’s Climate Change project, where they created a survey that was sent to urban foresters in Canada. While at DePaul, Cecilia also worked the front desk at the CSH Advising Office and was the president of Spectrum DePaul. Since graduating, Cecilia has accepted a position with AmeriCorp and Saga Education, where they tutor 9th grade algebra. Currently, Cecilia wants to work in environmental education or with urban wildlife. When not working, Cecilia can be found playing the newest Animal Crossing, researching graduate school, and cooking. They can be found on LinkedIn. 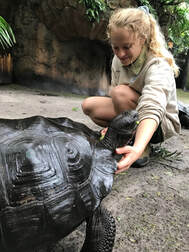 Nora majored in Environmental Science with a Physics minor at DePaul University. She worked on LUFA's Climate Change project, and conducted a comparative document analysis of Chicago-area municipal climate change and urban forest plans. Since Nora’s time at DePaul, she worked on the science operations team at Disney’s Animal Kingdom as a welfare scientist with an interest in sensory and environmental welfare. She is now back in Chicago working as a veterinary technician while pursuing veterinary school admittance for Fall 2021, with goals to work with OneHealth in the future. When Nora isn’t working in animal health, you can find her in the pottery studio, baking, or spending time with her two cats. 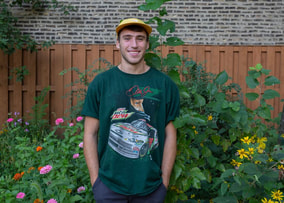 Michael graduated from DePaul in 2019 with a double-major in Environmental Studies and Geography, with a minor in Geographic Information Systems (GIS). During his time with LUFA, he helped with the CommuniTree project, doing some resource mapping and furthering development of the household survey. 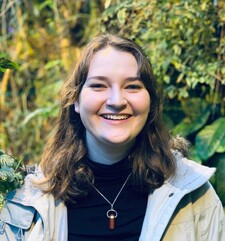 Rasa graduated from DePaul in 2019 with a BA, double-majoring in Environmental Studies and Geography. She held a variety of internships with her most memorable being an urban forestry intern with the Village of Riverside, IL. While working with LUFA, Rasa was responsible for digitizing the tree locations from paper maps in order to complete the DePaul Campus tree inventory. After graduation, she started work with Esri in their St. Louis regional office as a Geospatial Engineer. She supports various projects by configuring applications across the ArcGIS Platform to help customers implement efficient field data collection, ask more informed questions to perform deeper analyses, and provide high level situational awareness across their organization. Outside her work she enjoys practicing yoga, trying new veggie-based recipes, and visiting public green spaces. Connect with her here on LinkedIn. 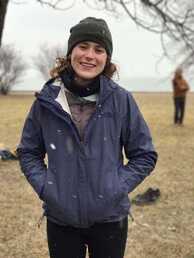 Margaret graduated in June 2018 with a major in environmental studies and minoring in sociology. Her principal interest is how community-based research can impact urban environmental justice. Margaret is continuing to work on a manuscript that examines stakeholder motivations and desired outcomes of the community tree planting program, CommuniTree. She is also working with Dr. Christie Klimas on a subcontract for the U.S. Forest Service to disseminate their newly developed modeling program iTree Landscape. 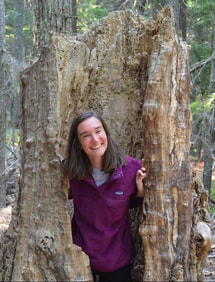 Becca graduated in June 2018 with an environmental science major and a minor in food studies. Her passion is in environmental education and connecting people with the natural world. She loves spending time outside doing just about anything--running, kayaking, hiking, going to the farmers market, identifying trees, the list goes on and on. As part of her senior thesis, Becca worked on the volunteer survey component of our CommuniTree project, helping to assess the impact of tree planting in Northwest Indiana on the volunteers who participate in those efforts.  Becca is currently a full-time Educator at the Peggy Notebaert Nature Museum in Lincoln Park. 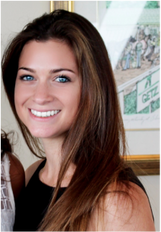 Jaclyn graduated in June 2018 with a major in environmental studies and concentration in sustainability. With a passion for sustainability and a connection to the natural world, she desires to create safe and just spaces for generations to come. She loves spending time outside, running, hiking, going to farmers markets, planting trees, and educating people about the benefits ecosystems provide. She plans on pursuing a career in the sustainability field applying sustainable strategies for businesses and products. She hopes to advance her education by enrolling in a graduate program in the future. During summer 2018, Jaclyn is excited to finalize the LUFA projects she's been working on: the document analysis for the Urban Forestry in the Anthropocene project and our newest project, conducting a survey of Openlands TreeKeepers.

​Mimi graduated in June 2018 with an environmental studies major.  She is interested in bridging the gap between environmental science and sociology and is currently working on finalizing a project focusing on urban forestry in the Anthropocene.  During her time at DePaul, Mimi also worked on analyzing soil samples for Dr. Montgomery’s “What’s in Your Soil?" project and is hoping to develop a connection in soil contaminants relative to socioeconomic background.  In her free time, Mimi is often outside on walks and in as many natural areas she can find within the Chicago city limits.  At left: Mimi is standing in Wicklow National Park in Ireland on a Study Abroad trip during the summer of 2017. 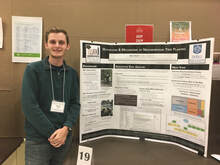 Greg majored in environmental science with a GIS certification. In his LUFA research, he investigated how the characteristics of a community affect the general well-being of the urban forest, specifically focusing on the effects the community on the survival of tree planting and the effect of tree planting projects on the communities themselves. He is interested in the management of urban natural resources. 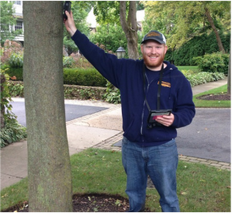 Sam graduated from DePaul in Spring 2017 with a bachelor's of science in environmental science. For his senior thesis, Sam worked with the Village of Glenview Forestry Department, evaluating their urban forestry program in regards to sustainability and adaptability to climate change. Sam currently works for Nels Johnson Tree Experts in the Chicagoland area, getting field experience in plant healthcare and creating GIS maps. 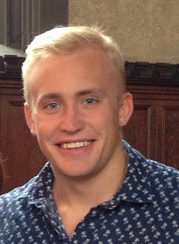 Erik graduated from DePaul in Spring 2017 with a bachelor's of science in environmental science and a minor in geography. During his research with LUFA for his undergraduate thesis, he investigated urban forest practitioner response to climate change induced drought and flooding within the Chicagoland area. Erik is passionate about the sustainability of the urban forest, and had the opportunity to pursue his passion of urban tree care with an internship at The Care of Trees in the summer of 2016 and immediately after graduation worked for Plan-It Geo in Colorado. You can connect with Erik on LinkedIn. 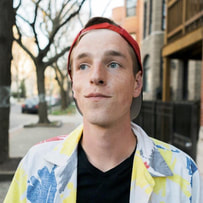 Nick graduated from DePaul in Spring 2017 with a bachelor's of arts in environmental studies. With a focus in environmental communication, during his time with LUFA, he performed a document analysis of climate change and urban forestry policy documents in the Chicago region. Nick has a passion for field research, he plans to go on to graduate school and continue his studies on our local ecosystems.  Nick is often found saying, "I would rather be outside." 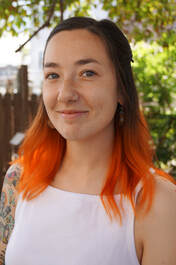 Alli earned her bachelors in environmental studies at DePaul in 2017, spending her final months working in two university labs focused on urban soil and urban forestry. While a part of LUFA, she worked with Kaitlyn Pike to complete a street tree inventory for the municipality of Dolton, IL, as part of a larger research project investigating the use of Google Street View as an inventory tool. Since graduating she has been in the nonprofit sector, working first in sustainability (with Seven Generations Ahead) and then in urban forestry (with Openlands). In 2019, Alli returned to DePaul for the M.S. Environmental Science program and conducted thesis research regarding ecological restoration success in Lincoln Park through the lens of bioacoustics. During this time she also helped lead DePaul Trees, a student group to engage interested students and sustain DePaul's Tree Campus USA certification. 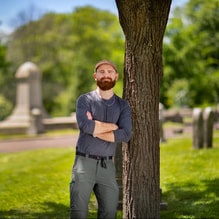 Benjamin Rohr spent his time in LUFA working to complete a comprehensive tree inventory of DePaul's Lincoln Park Campus, as well as compile a guide for future student researchers to use when performing inventory work. After graduating from DePaul with his undergraduate B.A. in Environmental Studies and M.S. in Sustainable Management, he went on to complete a Master’s of Arts in Environmental Studies at the University of Pennsylvania. Ben is now an ISA Certified Arborist working for Davey Tree Company as a Plant Health Care Technician in West Chicago. You can connect with Benjamin on LinkedIn.